Municipalities do not guarantee that their storm and sanitary sewer systems will not backup. Insurance companies recommend that homeowners actively protect their basements from possible flooding. In fact, many Municipalities are actually paying home owners rebates for installing flood prevention devices that will reduce the amount of storm water that the City has to process. Click here to find out more about municipal rebates.

Insurance companies and municipalities recommend that all homeowners install backflow valves and sump pumps to mitigate against the risk of possible basement flooding. 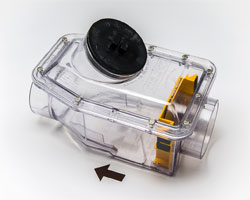 A backflow valve is a device that installs in the home’s main sanitary sewer line. Backwater check valves prevent sewage from backing up into a basement from an overloaded municipal sanitary sewer line. A backflow valve allows house sewage to pass in one direction toward the street sanitary sewer. But in the event that the City main sewer lines will be overfilled to capacity, sewage that normally will be flowing away from your house could reverse direction and be pushed back towards your house. When this situation occurs and if there is nothing stopping the backflow of sewage between your own drains and the outside, sewage laden water could freely enter your house and flood it with raw sewage sludge.

When a backflow valve is installed, a door located within the backwater valve housing automatically closes and acts as a barrier from sewage backing up, preventing raw sewage from entering your house.

When inline backflow valve is in the closed position, homeowners should be advised that during this situation that no in-house plumbing fixtures be operated. The reason being that sewage from within your house will have no place to go, traveling only as far as the closed door in the backwater valve. Otherwise, if toilets will be flushed, your own effluent could back up into your own basement drains and basement plumbing fixtures.

When there is an excessive amount of ground water from rain, the foundation weeping tiles may be overwhelmed and a situation could arise where water is not being removed fast enough into the storm water system and storm water starts backing up. Storm water under pressure will be forced into the basement from cracks in the basement floor and walls and from drains located in the house. In minutes, water under pressure could fill a basement and will continue to fill until there is equilibrium between outside water table and the height of water in the basement.

Historically, cities wanted all water draining from roofs and downpipes to drain to city storm sewers. But the old system of storm water management is so undersized today that the amount of storm water generated during storms is increasingly too much for the city’s storm management system to handle. The result could be local or general flooding of streets and entire neighbourhoods.

The city now encourages property owners to install sump pumps in sump pits and recommends that all house storm water that used to be directed to storm sewers be diverted directly to the outside of the house. In fact in the City of Toronto, it is law that all down pipes be disconnected from the storm sewer system.

Do you qualify for financial subsidies?

Did you know that the City of Toronto will pay up $3,200 to home owners that will install devices that will reduce homeowners’ reliance on the City sewer systems? Municipalities are subsidizing homeowners because the cost to enlarge and update the City antiquated sanitary and storm sewers to a larger capacity is in the range of many hundreds of millions of dollars. It is less costly for municipalities to individually pay qualified homeowner a backwater valve rebate and sump pump rebate than to increase the existing sewage processing capacity.

Suppose the City did increase the sewage capacity. Would it be sized large enough for the next 1 in 20 years or 1 in 50 years rain that seems to be happening more frequently?

Don’t wait to upgrade your property. Take advantage of the substantial municipal subsidies up to $3,200 that available today.

Will these grants be available next year after the next damaging flood or storm? Certainly the remedial cost and disruption & inconvenience to your family will be a lot more costly than having us install flood prevention devices such as backflow valves, sump pits and sump pumps that could save your house from significant water damage.

Contact GreenCity Plumbers. Find out if you are qualified to receive the full or portion of the homeowner’s rebate for flood abatement devices. 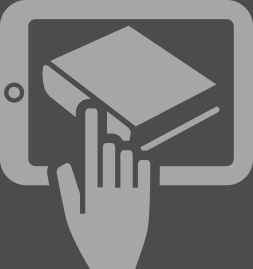